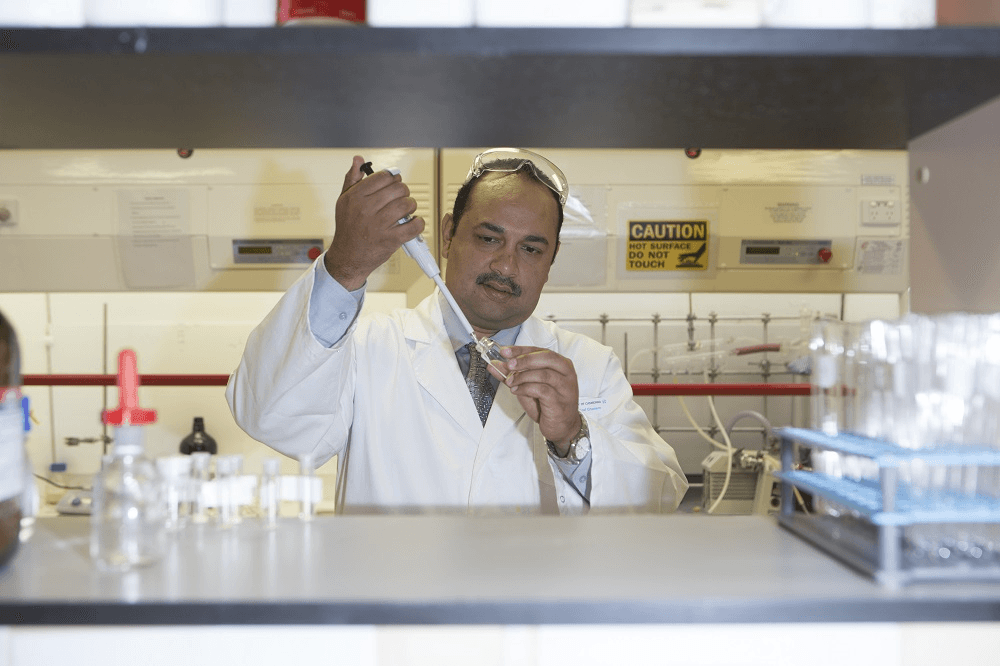 What is the innovation?

A new catalyst, developed by Associate Professor of Biomedical Sciences Ashraf Ghanem at The University of Canberra, that will be useful in pharmaceutical processing, particularly in the production of the drug Ritalin (methylphenidate), which is used in the treatment of attention deficit disorder (ADD) and attention deficit hyperactive disorder (ADHD).

What benefits does it bring?

The new catalyst produces a chemical reaction, allowing for the extraction of certain molecules at a high level of purity. Not only does this reduce the need for further processing, but lessens the risk of unintended side effects from use of the drug, meaning the drugs themselves will be both safer and cheaper, which could help reduce the cost to the consumer.

What commercial success and/or benefit to society has it achieved?

U.S. chemical company Strem Chemical Inc. has signed the University of Canberra’s first intellectual property licence to develop a synthetic catalyst useful in pharmaceutical processing and be sold worldwide. This deal marks a first for Canberra and is enhancing Australia’s reputation in Health and Science.

Team and hard work can transform ideas from bench to market.