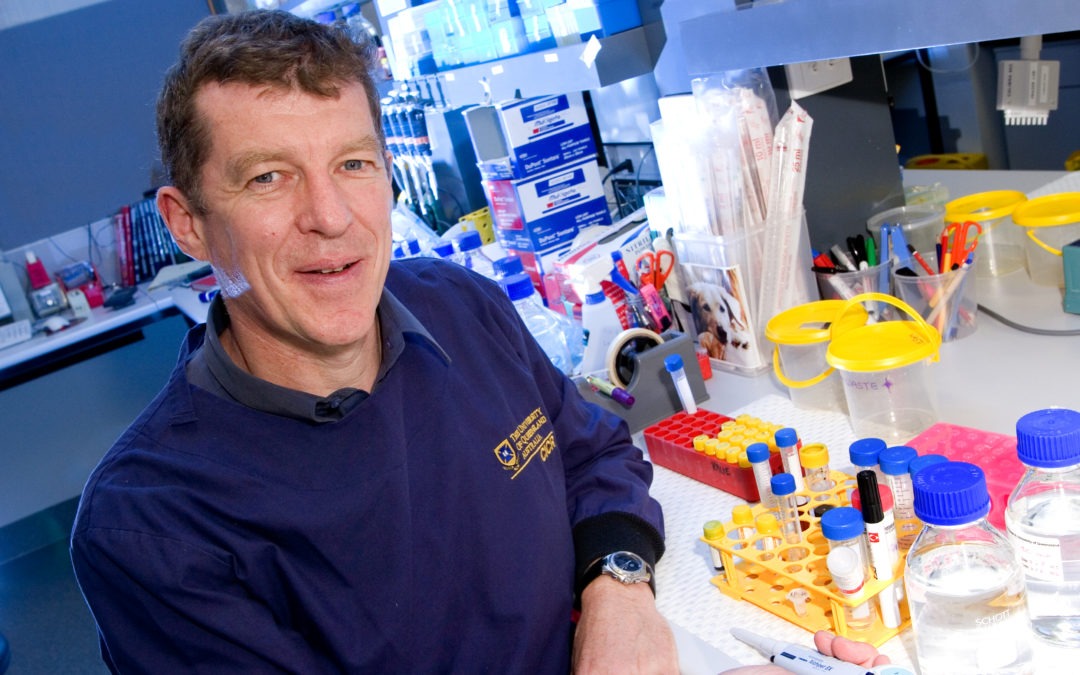 Gardasil is a prophylactic vaccine for human papillomavirus (HPV) which was licensed to CSL in Melbourne, and sub-licensed to Merck in the United States, following initial development at The University of Queensland by researchers, Dr Jian Zhou and Professor Ian Frazer.

The vaccine was developed using technology that mimics HPV using non-infectious viral particles. When the particles are introduced to the body’s immune system, they generate an immune response that protects against future infection from HPV.

HPV causes as many as 70 per cent of cervical cancers and 90 per cent of genital warts across the globe. Cancer of the cervix is a serious disease and the second biggest killer of women in the world, accounting for 310,000 deaths per year.

There are multiple different types of HPV and most people are unaware if they have the virus because there are often no symptoms. While many people clear the virus from their body, others who do not will go on to develop cervical cancer, precancerous lesions or genital warts. HPV is also linked to the development of cancers of the anus, penis, mouth and throat.

In Australia, the federal government has funded the provision of free vaccines to all teenaged girls from 2007. The program was extended to include boys in 2013. In the decade since the vaccine was released, the infection rate of HPV was lowered by up to 90 per cent in countries with high immunisation levels. Similar decreases in genital warts and cervical abnormalities were also reported.

Cervical cancer is set to become a rare disease in Australia within just two years and rendered so uncommon by 2028, it will be deemed eliminated as a public health problem for the first time anywhere in the world.

After more than a decade of sales, Gardasil continues to dominate the global HPV vaccine market, achieving more than US$15 billion in gross product sales between 2007 and 2016. The vaccine is now available in more than 130 countries and more than 200 million doses have been distributed around the world.

UniQuest worked hard to help bring Gardasil to the world, filing the original HPV patents in the early 1990s and establishing both collaboration and commercialisation agreements with CSL.

UniQuest also provided support through a long-running and costly patent dispute with researcher groups who had also filed patents on HPV vaccines in the US. Ultimately, the US Federal Court ruled in favour of the UQ patent application. An important lesson was maintaining good records of the laboratory research that was used to support the patent applications and subsequent resolution of the dispute.